In the beginning, there were no geologists, no earth scientists. In 1931, when the Radiation Lab was founded on the U.C. Berkeley campus by Ernest O. Lawrence, all the attention of this new lab was focused on particle physics, and specifically the determination of atomic structure. In succeeding decades, through World War II and the 1950s, this emphasis continued, and the scientific reputation of the “Rad Lab” grew. By the 1960s, it had become Lawrence Berkeley Laboratory, and was already known as a place where the best science was done, a place that, in conjunction with U.C., generated and attracted Nobel Prize winners.

Then, in the late 1960s–early 1970s, America experienced an energy crisis. Political events made for a sudden scarcity of foreign oil and a dramatic increase in its price. In response, the general public and the American scientific community began to investigate new sources of energy, sources that would allow the U.S. to be less dependent on importing oil for its energy needs.

Geothermal energy, harnessing steam from the earth, appeared to be a promising new energy resource—especially since many of the extraction techniques from the oil and gas industry could be readily adapted to extracting geothermal energy. Largely recruiting from U.C., Berkeley Lab started to bring together geologists to work on this particular issue.

Moreover, during the same time period, the growing awareness of, and concern over, environmental issues ushered in an increased interest in earth processes. The so-called Atomic Age, which the Lab had been instrumental in bringing about, not only created a new source of energy (with nuclear power plants providing electricity for millions of people), but also the attendant problems of that form of energy. Scientists and the American public increasingly worried about the effects of highly toxic nuclear waste on the earth, particularly in soil and water.

While an ongoing effort to determine how to possibly neutralize this waste continued, more immediately this waste had to be isolated and stored in a way that was safe. What was the best sort of place? If in the ground, what kind of rock would be the best storage medium? Once again recruiting liberally from Cal, Berkeley Lab started to put together a team of scientists to work on this problem.

So this is how ESD got started.

But this is only a bare summary of events: there are many people behind these events, many people who helped create what ESD is today. We are pleased to present, on this web page, interviews and narratives of people who were at the center of ESD’s beginnings, and who shaped the division’s evolution. Here, these people share their experiences of what happened at the division’s start, as well as their views on how ESD has developed over time. In addition, we also present a timeline of key ESD events over that 30-year period.

In reading all these documents (including this page about the History of ESD), we note not only the variety and richness of response to the question “what happened?” but also the pride and sense of accomplishment that runs through all these stories. We hope you will enjoy them as much as we in ESD have enjoyed the people who produced them.

The following transcripts were written by some of the ESD staff and by ESD’s former Writer/Editor, Dan Hawkes from a series of interviews and discussions with current and former staff members in 2007. 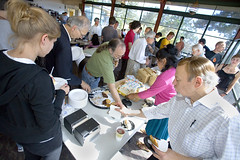 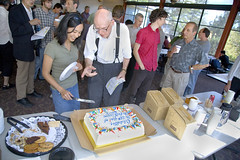 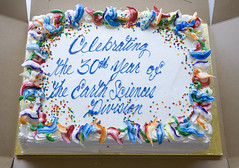 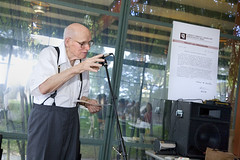 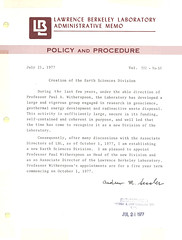