This news release was published by the Desert Research Institute on February 1, 2021. Rosemary Carroll of DRI worked in partnership with Kenneth Williams, deputy director of the Berkeley Lab-led DOE Watershed Function SFA project, to explore explore the importance of monsoon rain in streamflow generation in a Colorado River headwater basin. 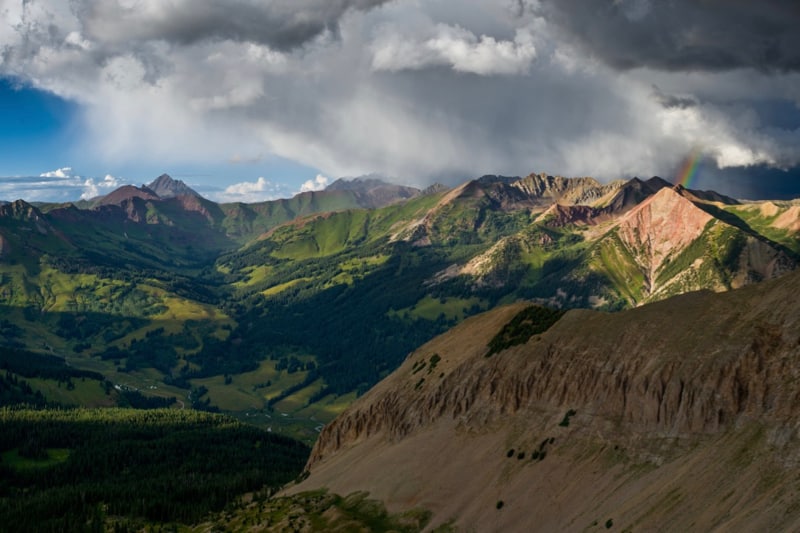 In the summer of 2019, Desert Research Institute (DRI) scientist Rosemary Carroll, waited for the arrival of the North American Monsoon, which normally brings a needed dose of summer moisture to the area where she lives in Crested Butte, Colo. – but for the fourth year in a row, the rains never really came.

“2019 had just a horrendous monsoon,” Carroll said. “Just the weakest monsoon. And we’d had a few years of weak monsoons before that, which had really gotten me wondering, how important is the monsoon to late summer streamflow here in the Upper Colorado River basin? And how do monsoons influence the following year’s streamflow?”

Working in partnership with colleagues David Gochis, of the National Center for Atmospheric Research and Kenneth Williams, of Lawrence Berkeley National Laboratory, Carroll set out to explore the importance of monsoon rain in streamflow generation in a Colorado River headwater basin.

The team’s findings, which are published in a new paper in Geophysical Research Letters, point to both the importance of monsoon rains in maintaining the Upper Colorado River’s water supply and the diminishing ability of monsoons to replenish summer streamflow in a warmer future with less snow accumulation.

Their study focuses on the East River watershed, a pristine, high elevation, snow-dominated headwater basin of the Colorado River and part of the Watershed Function Scientific Focus Area (SFA) program that is exploring how disturbances in mountain systems – such as floods, drought, changing snowpack and earlier snowmelt – impact the downstream delivery of water, nutrients, carbon, and metals.

Using a hydrologic model and multiple decades of climate data from the East River watershed, Carroll and her colleagues found that monsoon rains normally deliver about 18 percent of the basin’s water and produce about 10 percent of the annual streamflow, with streamflow generated primarily in the higher elevations of the basin.

“The amount of streamflow produced by monsoons, while not geographically extensive, is actually somewhat substantial,” Carroll said. “It was larger than I thought it would be. That doesn’t mean all of that water gets to a reservoir – some likely is used by riparian vegetation or irrigation, but it still does go to meet some need within the basin.” 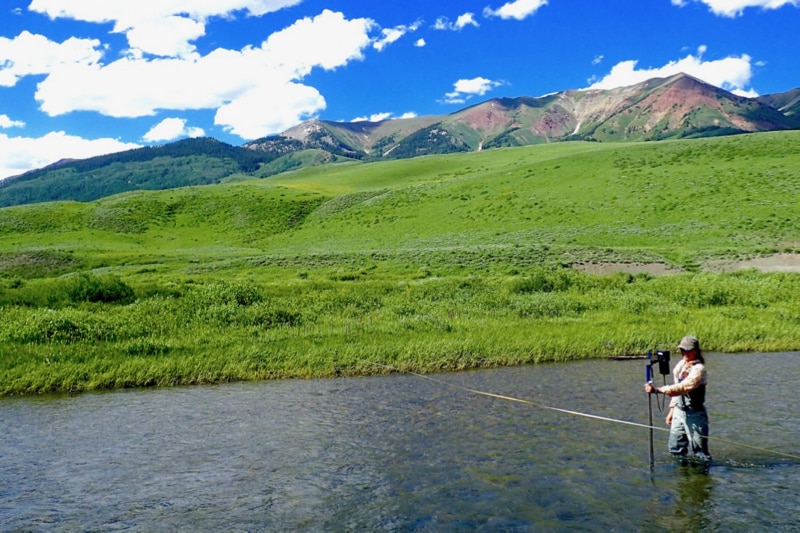 “You can think of the soil zone as a sponge that needs to fill up before it can allow water to move through it,” Carroll said. “So, if it’s already depleted because you had low snowpack, the monsoon then has to fill it back up, and that decreases the amount of water you actually get in the river.”

As the climate warms, snowpack in the Rocky Mountains and other mountain systems is expected to decline, leading to reduced streamflow. Rising temperatures also lead to increased soil evaporation and increased water use by plants. According to the results of Carroll’s study, these changes will reduce the ability of water from the monsoon to make it to the river as streamflow.

“Our results indicate that as we move toward a climate that is warmer and our snowpack decreases, the ability of monsoon rain to buffer these losses in streamflow is also going to go down,” Carroll said. “So, the monsoon is not some silver bullet that is going to help mitigate those changes.”

The Colorado River is a critically important resource for people living in Southern Nevada, where it accounts for about 90 percent of the water supply. Although runoff from winter snowpack provides a much larger proportion of streamflow each year than the monsoons, the monsoonal moisture is important to both ecosystems and people in part because it arrives at a different time of year. And in a system like the Colorado River, where every drop of water is allocated, if monsoon rains do not arrive, it creates a shortage somewhere downstream.

“In terms of water resources, if monsoon rains are useful and contribute to late-season streamflow, then the loss of that water obviously has implications for the ecology of these systems,” Carroll said. “This water is really important in supporting aquatic habitat there. But it’s also really important for human use. If any amount of water that we rely on isn’t there,  then something has to give. The Upper Basin will have to consider how they are going to manage their water to meet those downstream obligations.”